What to Know about Alzheimer’s Disease

Experts don’t know the specific cause of Alzheimer’s, but the disease is marked by abnormal structures called plaques and tangles that build up in and around nerve cells in the brain. These protein-based structures multiply in the areas of the brain that control thinking, learning, and remembering. Scientists think these plaques and tangles block communication among nerve cells and eventually kill off those cells. This nerve damage causes the memory failure and other symptoms of Alzheimer’s.

Alzheimer’s disease accounts for 60–80% of all dementia cases, but only half of those cases are diagnosed. This is because people with memory loss or other Alzheimer’s symptoms might not recognize they have a problem. Another hurdle to diagnosis and treatment is that as the disease advances through the brain, people with Alzheimer’s suffer from growing confusion about events, time and place. They might also develop baseless suspicions about family, friends, and caregivers.

Factors that increase the risk of developing Alzheimer’s include age, family history and environmental factors.

The three stages of Alzheimer’s

The disease progresses at different rates in different people, but Alzheimer’s usually occurs in three stages:

In the early stage, people with Alzheimer’s become forgetful, and display changes in their ability to think and learn new things. At this stage, most people can still live on their own, and their symptoms might not be obvious to anyone other than family members.

During the middle stage (which is also the longest), people need more assistance with bathing and dressing. They might also show changes in behavior, mood and personality. These changes can include depression, anxiety, repetition, physical and verbal outbursts, and wandering.

Late stage Alzheimer’s can last several months to several years. People need full-time help with eating, using the bathroom and other self-care tasks. They might lose the ability to communicate or respond to their environment.

Current treatments can’t stop the disease’s progression, but they can temporarily relieve symptoms and improve quality of life for some people. A neurologist or geriatric psychiatrist might prescribe medications to help with the cognitive symptoms of early and middle-stage Alzheimer’s. In addition, non-drug strategies can help manage behavioral symptoms.

How caregivers can help

As the disease progresses, people with Alzheimer’s have difficulty expressing their needs or discomfort. Caregivers can help by:

For more info about diagnosis, treatment or caring for someone with dementia, call the Alzheimer’s Association Helpline at 1–800–272–3900, or visit www.alz.org/. 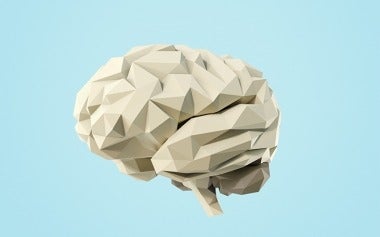